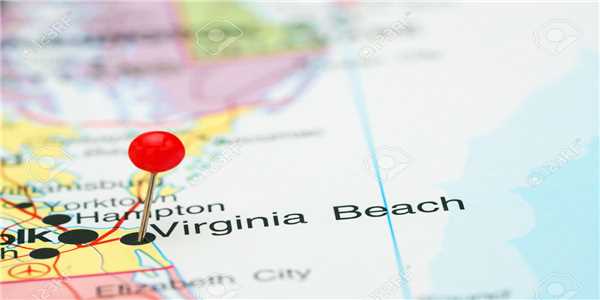 If you're visiting our area for the first time I'm sure you noticed something unique; we don't belong to a county. This region is referred to as Tidewater or Hampton Roads, or the latest & greatest, Coastal Virginia. I'm only going to focus on the difference between Hampton Roads & Tidewater in this blog. So what's the difference? I'm sure many of the locals are wondering the same thing. So I did a little research on what defines each name. The opinions vary, but here's the long and short of it.

The terminology "Hampton Roads" had its start when our region was first settled in 1607. The word "Hampton" honors a great supporter of the colonization of Virginia, Henry Wriothesley, 3rd Earl of Southhampton. The term "Roads" is actually short for roadstead, which refers to the safety of a port; as applied to a body of water, it is "a partly sheltered area of water near a shore in which vessels may ride at anchor".

In 1755, the Virginia General Assembly officially designated the name "Hampton Roads" as the series of waterways connecting the James, Elizabeth, and Nansemond rivers with the Chesapeake Bay. Now here' s where it get's tricky. The cities comprising Hampton Roads varies depending on which expert you ask. Personally, I've always considered the 7 independent cities as Hampton Roads; Va Beach, Norfolk, Chesapeake, Portsmouth, Suffolk, Hampton & Newport News. But, that's not exactly correct.

In 1950 Hampton Roads was defined as a Metropolitan Statistic area which included Norfolk, Portsmouth, South Norfolk and the counties of Norfolk & Princess Ann. However, the cities that define Hampton Roads is constantly evolving. In 1970 Chesapeake, formerly known as South Norfolk and Norfolk County was included. Then in 1973 Currituck County was added to the Hampton Roads metropolitan area. Fast forward to 2017 and the cities & counties that make up HR vary depending on the source. For example, The Hampton Roads Chamber of Commerce is much broader than Hampton Roads Economic Development Alliance. As of 2010 the Hampton Roads Planning District Commission now defines HR as Virginia Beach, Norfolk, Newport News, Hampton, Portsmouth, Chesapeake, Suffolk, Poquoson, York County, Gloucester County, Isle of Wight County, Mathews County, James City County, Williamsburg, Currituck County (NC), Gates County (NC). Confused?

Now let's dig in to "Tidewater". Its definition is just as murky as Hampton Roads but has some geographical boundaries. It is part of the Atlantic Coastal plain and includes parts of North Carolina. The name "Tidewater" is derived from an area where the water level rises and falls each day based on the gravitational pull of the moon, affecting the tides on local rivers. It is widely accepted that Tidewater is a portion of Virginia that east of the fall line, between the Potomac & James river, and west of the Chesapeake Bay.  It is generally agreed upon that Tidewater encompasses a greater area than Hampton Roads. Therefore, it's acceptable to say that Hampton Roads is in the Tidewater area, but not the other way around. When asked how people identified their region, the majority said Hampton Roads. Whether you refer to our area as Tidewater, Hampton Roads, or the new "Coastal Virginia", there's no right or wrong.

Our region names are defined in different ways by different people, and there is no official judge sitting in big chair at the front of a court of Regional Boundaries to make "official" decisions.

A business listing on the USA online network is different in many ways from other listing or directory sites.

A listing on any of our 925 city or town portals or nearly 18000 smaller towns’ subsites brings you some unmatched advantages like:-

Enter your City name or Zipcode